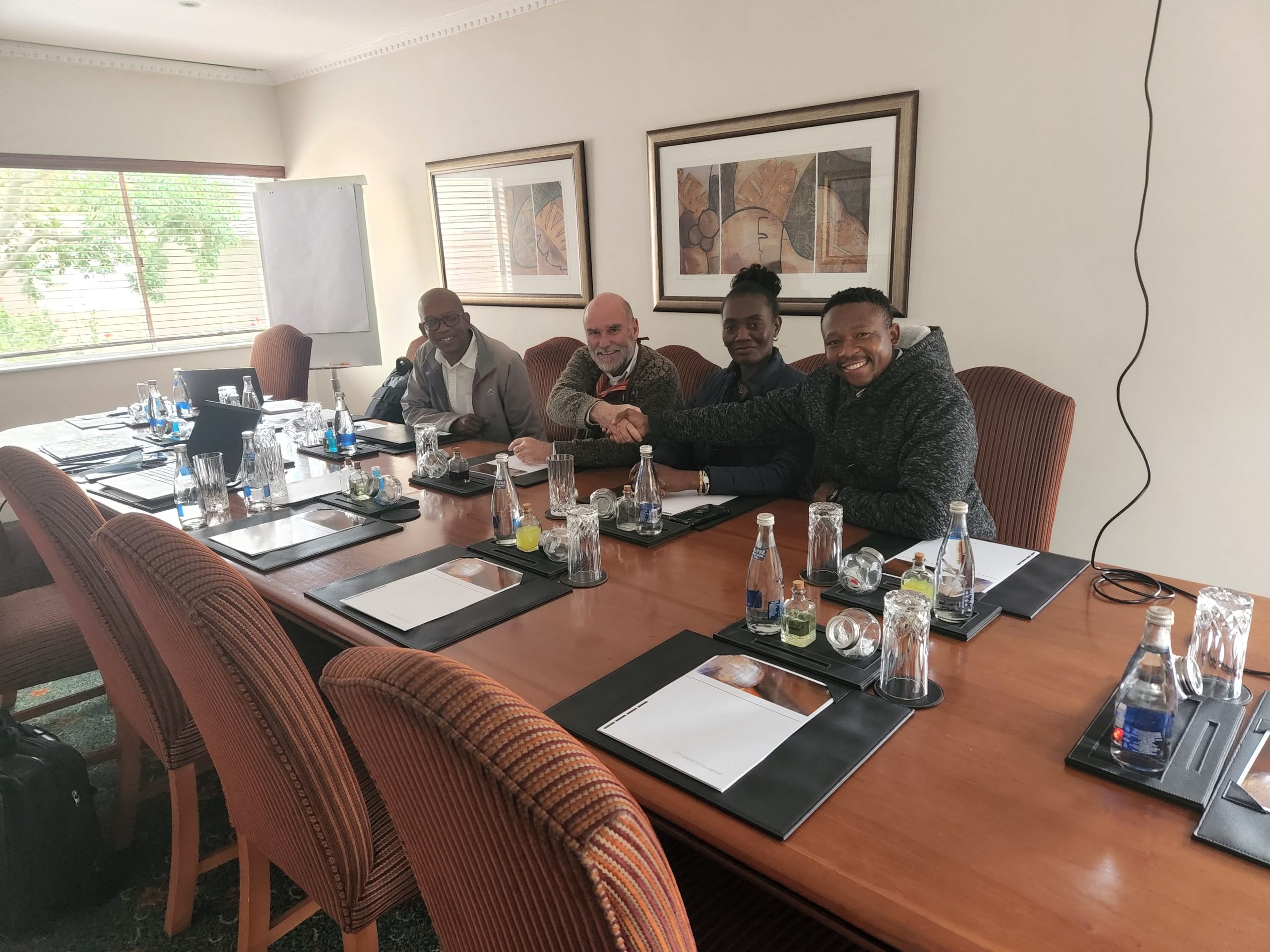 The Nairobi Convention and the Benguela Current Convention Strategic Partnership

The Benguela Current Convention Secretariat (BCCs) entered into a Strategic Partnership Agreement with the Nairobi Convention Secretariat (NCs) at the end of January 2022. The Partnership Agreement was born out of a mutual agreement to supporting the NCs to implementing the Western Indian Ocean Large Marine Ecosystems Strategic Action Programme Policy Harmonisation and Institutional Reforms’ (SAPPHIRE), of which lesson learned will be shared together with BCCs. This Partnership Agreement is hailed as a positive milestone for both Conventions to start working together and support initiatives that will best realise sustainable Oceans and Coastal Governance and Planning.

The first meeting was held on the 13 – 14 June 2022 in South Africa, Johannesburg at the Courtyard Hotel. The meeting was attended by representatives from both Conventions with the BCCs “Finance Manager, Ms Laimy Brown”, and the NCs represented by “Dr Timothy Andrew, Senior Programme Manager: Coordinator for SAPPHIRE Project”. The South African team that was instrumental in the negotiations and the creation of the Partnership Agreement was represented by Mr Yamkela Mngxe “Integrated Projects and International Coordination” and Mr Potlako Khati “Project Manager – South Africa’s demonstration projec”, both from Department of Forestry, Fisheries and the Environment (DFFE)

The representatives met to discuss the overall project implementation focusing on the deliverables, project finances, expectations and interventions that work towards the achievement of the project goals and objectives. The aim of the SAPPHIRE project is to support and assist the appropriate and formally mandated government institutions and intergovernmental bodies in the region to implement the activities which they require in order to deliver the Western Indian Ocean Large Marine Ecosystem Strategic Action Programme (WIO LME SAP) and to ensure sustainability of efforts and actions toward long-term management of activities within the LMEs as well as the sustainability of associated institutional arrangements and partnerships. South Africa as a party to the Nairobi Convention (NC) submitted a pilot project titled “Supporting a coordinated sectoral ocean and coastal ecosystem management approach in South Africa”. This demonstration project will be piloted in the 3 sites in KwaZulu Natal.

South Africa is also a party to the Benguela Current Convention (BCC) and is also implementing several national initiatives for example the Improvement of the water quality in the Swartkops Estuary through enhanced estuarine management, supported under the Benguela Current Large Marine Ecosystem (BCLME) project. This national initiative is also supported the under the Western Indian Ocean Strategic Action Programme (WIOSAP) project, namely – (1) Source to Sea based approach for improvement of ecosystem health and water quality to tackle marine litter in five priority water systems in Durban, Kwazulu-Natal and (2) improvement in marine water quality through enhanced estuarine management.

South Africa hopes that this is the beginning of a long-term partnership between the two Conventions. The meeting was a great success, and it is expected that in the near future, the delegation from both secretariats will organise visits to project sites in South Africa.